Home My adventures About Me
What are you doing for St Patrick's Day?
Hunger in our Community 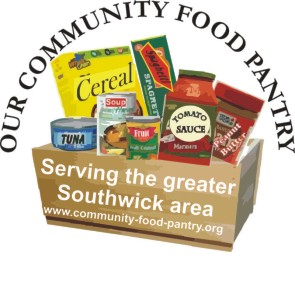 What is hunger? For many, the term conjures visions of emaciated African children. It is certainly a result of a lack food and nutrients. It can come from a personal circumstance or that of a nation. Worldhunger.org estimated there were 925 million malnourished people in 2010. The vast majority come from Asia and the Pacific. The continent of Africa has its own substantial percentage, with Latin America and the Caribbean following. The developing world is home to a staggering 19 million people who suffer from a severe lack of food.

There are many misconceptions about hunger. One of the most common is that hunger is not a local problem. If that were the case, food pantries would not be struggling to meet demand, as they are now. Another misnomer is that hunger only effects the poor and uneducated. Were that true, people with college educations and stable jobs would somehow be able to avoid natural disasters and recessions. If only! In our community, 15% of the people currently seeking food aid make over $25,000 per year. They have jobs and educations; they contribute society and work hard. Yet despite this, they are struggling to make ends meet.

Residents of Chili, New Zealand and Japan enjoy the benefits of the developed world yet they know hunger today because of the recent natural disasters that have plagued them. While Afghanistan was never considered developed, it was once a place tourists flocked to for its hospitality, pastoral beauty, and wondrous heritage. Decades of war have left generations of families who once prospered, starving with little hope in sight.

According to a 2010 report by ActionAide, $450 billion is spent on fighting hunger worldwide each year. On a global scale, a majority of those suffering from hunger are small farmers. They are unable to harvest due to drought, catastrophe and war.

The current leading contributors to hunger are; rising food costs and the financial crisis. Feeding America estimates any one of six Americans will seek food assistance this year. Most of those people will fall below the poverty line. Most of those people will live in a household with one or more people working. When companies restructure, downsize, or move away, a great many families in rural and urban areas are faced with the bread winner finding a new job, working reduced hours, and or working at a lower pay scale. Locally, we are not immune to that trend. The majority of individuals receiving supplemental food in our community is between 26 and 65 years old and is suffering from these same problems.

Does hunger reside in your back yard? It does, and Our Community Food Pantry needs your help. We all have the power to make a difference. A single $1 will enable us to buy 5 pounds of food and help ease the burden of hunger in your neighborhood.

This is only a preview. Your comment has not yet been posted.

The letters and numbers you entered did not match the image. Please try again.

As a final step before posting your comment, enter the letters and numbers you see in the image below. This prevents automated programs from posting comments.

Having trouble reading this image? View an alternate.

Comments are moderated, and will not appear until the author has approved them.

(Name and email address are required. Email address will not be displayed with the comment.)